A Rhode Island legal battled was waged over bets — that were not made PHOTO: File

On one side of a Rhode Island legal battle is John Oliveira — a man who won more than  $30,000 in bets at Twin River and claimed that Bally’s Twin River denied him the ability to place additional bets because he was in jail.

On the other side of the legal battle is mega casino giant Bally’s Twin River facility in Tiverton. RI Lottery was also named in the case.

The battle over the alleged winnings has played out in Providence Superior Court over the past few months. This week the court rendered a decision.

History of the Case

On October 27, 2020, Oliveira wagered $13,000 across six tickets at Twin River. He later realized that he did not have the tickets in his possession and traveled to Twin River to place a “freeze” on the wagers, which Twin River promptly executed. These facts no one disputes.

According to court documents, it was there that Oliveira discovered that his wagers yielded winnings amounting to $30,607.75.  When he demanded his winnings, Twin River told Oliveira that it was “unable to make the requested payout because Twin River-Tiverton’s retail Sportsbook Rhode Island House Rules’ require presentation of the original tickets.”

This was the beginning of a number of problems for Oliveira.

Oliveira told Twin River that his tickets were confiscated by Dartmouth, Massachusetts police during a traffic stop “a few days after” on October 27, 2020, but were not inventoried following the stop.

In July or August of 2021, Oliveira said he learned that the tickets were in Dartmouth Police’s possession. However, before he could retrieve his tickets, Oliveira was incarcerated at the Bristol County Jail in September of 2021 on unrelated drug charges.

So Murphy traveled to the Dartmouth Police Department to retrieve Oliveira’s tickets and took possession of them.

Oliveira had instructed Murphy to present the winning tickets to Twin River, collect the winnings, and wager those winnings on additional parlays on Oliviera’s behalf.

According to the court, on October 9, 2021, Murphy presented the tickets, but Twin River did not make a payout due to the initial freeze placed on the tickets and “questions regarding the validity of the Power of Attorney from Mr. Murphy presented,” saying the signatures did not match among other issues. 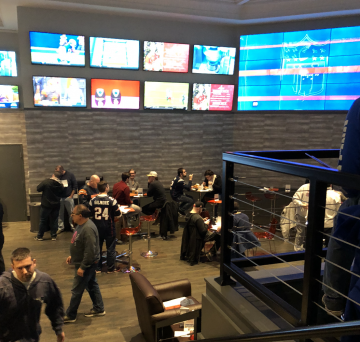 So instead of Murphy betting Oliveira’s $30,000 plus in winnings, he bet a lower amount – monies that he had.

“The following week, Twin River verified the POA by visiting Oliveira at the Bristol County Jail and inquiring whether he authorized Murphy to collect the winnings,” according to the court. 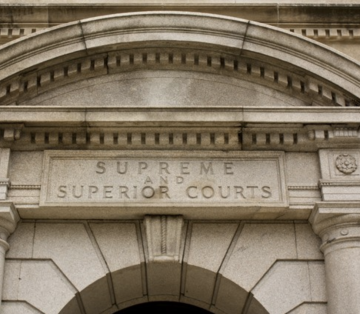 “I Would Have Won”

Now, this is the central claim of the legal battle.

“When Twin River confirmed that the POA was legitimate, they were ‘prepared to make a payout to Oliveira.’  However, Oliveira avers that two of the parlays that he instructed Murphy to wager on were ‘winners,’ and argues that because Twin River wrongfully withheld Oliveira’s winnings, he suffered a lost opportunity and now seeks $150,000 in damages.”

Judge Brian Stern found in his decision that “The parties do not dispute that they entered a contract on October 27, 2020 [the initial bet that generated the $30,000in winning].”

Oliveira’s claim, however, that he would have won $150,000 if Twin River had turned over the initial $30,000 to Oliveira’s friend Murphy and if Murphy had properly placed the bet and the teams that Oliveira said he was going to bet on won — well, Stern was not buying.

Say So a No Go

Stern, in his ruling, wrote, Twin River argues that Oliveira’s “allegations are made ‘with the benefit of hindsight’ and rely on ‘nothing more than his say-so.’  The Court agrees.”

Stern adds that Oliveira asked the Court to “take his word today that he would have placed winning wagers on games last year. Entertaining this claim would undoubtedly lead to other, more speculative ones.  The Court is not willing to open the floodgates to claims the day after the Mega-Millions drawing based on a plaintiff’s allegation that he would have picked the winning numbers.”

Gambling
💸 SLOTS WITH JESUZ 💸 ABOUTSLOTS.COM OR !LINKS FOR THE BEST DEPOSIT BONUSES
4 hours ago