Announced new xMechanic by Nolimit City is finally here, debuting in the provider’s latest release Little Bighorn. Besides an innovative feature, this western-themed war slot comes with several bonus rounds and a huge winning potential of up to 25,676x the stake!

Also known as The Battle of Greasy Grass or Custer’s Last Stand, the Battle of Little Bighorn was the most significant action of the Great Sioux War of 1876 which resulted in the defeat of US forces. Recognizable design and high-end graphics conjure the fury of this historic event and follow the theme completely.

Per Lindheimer, Product Owner at Nolimit City commented on the new slot:

”We thought General Custer got way too much attention in the Battle of Little Bighorn, time to praise the victorious war chiefs, including our own mighty warrior from Deadwood. Little Bighorn is not your typical western slot. It’s highly volatile, and one which truly captures the essence of an all-out battle.”

The xMount is an excellent addition to Nolimit City’s popular slot mechanics selection. It is rather simple and followed by superb animation, which makes the gameplay even more thrilling.

Little Bighorn slot has two types of special Wilds, and this feature focuses on Scalp Wilds that can only land on the 5-symbol high reel. Whenever a Scalp Wild drops, the xMount activates and turns all American solder symbols Wild.

The Scalp Wild then nudges and expands to cover the entire reel, scalping enemies on its way! For each nudge, one American soldier symbol is scalped, adding a +1 multiplier to all transformed Wilds.

Time to sharpen those axes and give soldiers some haircuts. To make things better, during scalp-free spins, Scalp Wilds increase the sticky win multiplier by 1 for each scalped symbol.

Other Bonus Features In Little Bighorn

When it comes to bonus features, the debuting xMount is in the center of attention but doesn’t take the spotlight from other exciting extras like Totem Scatters with the ability to transform into expanding full reel Wilds. This Wild West slot has not one, not two, but three versions of Scatters and free spins modes they activate: 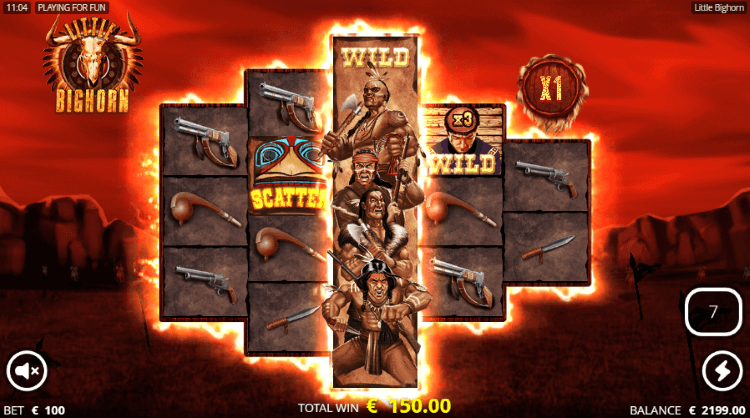 As in most provider slots, players can enter each of these free spins modes at any time via the Buy Bonus option. There is also a Scalp xBet option that increases the bet per spin by 50%, and guarantees a Totem Scatter in return, hence increasing the change to trigger free spins.

Gambling
The Key Strategies to Utilize in Blackjack
43 mins ago